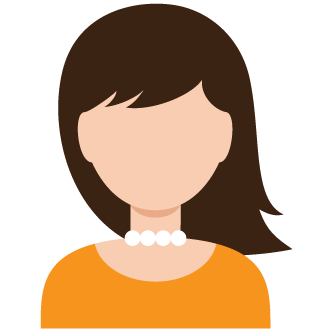 Moving from one location to another one can be stressful. This is especially the case if you have little ones at home. Fortunately, moving doesn’t have to be a dreaded event. If you’re planning an upcoming move, consider hiring a professional moving company. Professional movers can expertly pack up your prized belongings and safely transport them to your new residence. While your movers are handling complex tasks, you can relax and learn more about the new city or town you’ll be living in. On this blog, I hope you will discover compelling reasons to hire professional movers during your next transition. Enjoy!

Hiring a moving crew to help you on the day of your big move will make things dramatically easier, but if you're moving out of a small house, it's important that the space doesn't get cluttered. Getting in the way of the moving crew can slow down the progress being made, which is the last thing you want on a day that is already busy. With the right approach, you'll be able to get your work done without interfering with your moving crew, which will allow the entire day to progress seamlessly. Here are some tips to use on moving day.

Plan To Be In Different Locations

A little planning ahead of your moving crew's arrival can make sure that you stay out of the way of these professionals so that they can work quickly and efficiently. Make a plan that involves you and your family working in a separate part of the home than the crew. For example, if you have some last-minute packing to do upstairs, suggest that the crew begins its day moving items from the ground floor to the moving truck. This is better than you trying to pack up the kitchen or living room, for example, while the movers are constantly trying to step around you while carrying heavy loads.

Don't Get Too Many Helpers

Your initial instinct leading up to moving day might be to recruit as many friends and neighbors as you can, but there's such thing as too many helpers. An excess of people in the house can clog the pathways between the front door and the various rooms, proving problematic for your moving crew. Try to remember that the moving crew can easily pack up and move the contents of your home on its own, so between these professionals and your family members, you'll have things covered.

You might have the best of intentions when you and your spouse attempt to pick up a couch and carry it outside, but this job can take a long time and end up blocking access to the door while the movers are working. It's best to let your movers handle the larger items; they're highly adept at moving bulky possessions through the house and outside quickly. In between these jobs, you and your family can concentrate on smaller items and things that you'll be transporting in your own vehicles. This way, you'll never be creating a roadblock in the house that slows progress down.

For more information, talk to a professional like Gardner Moving.